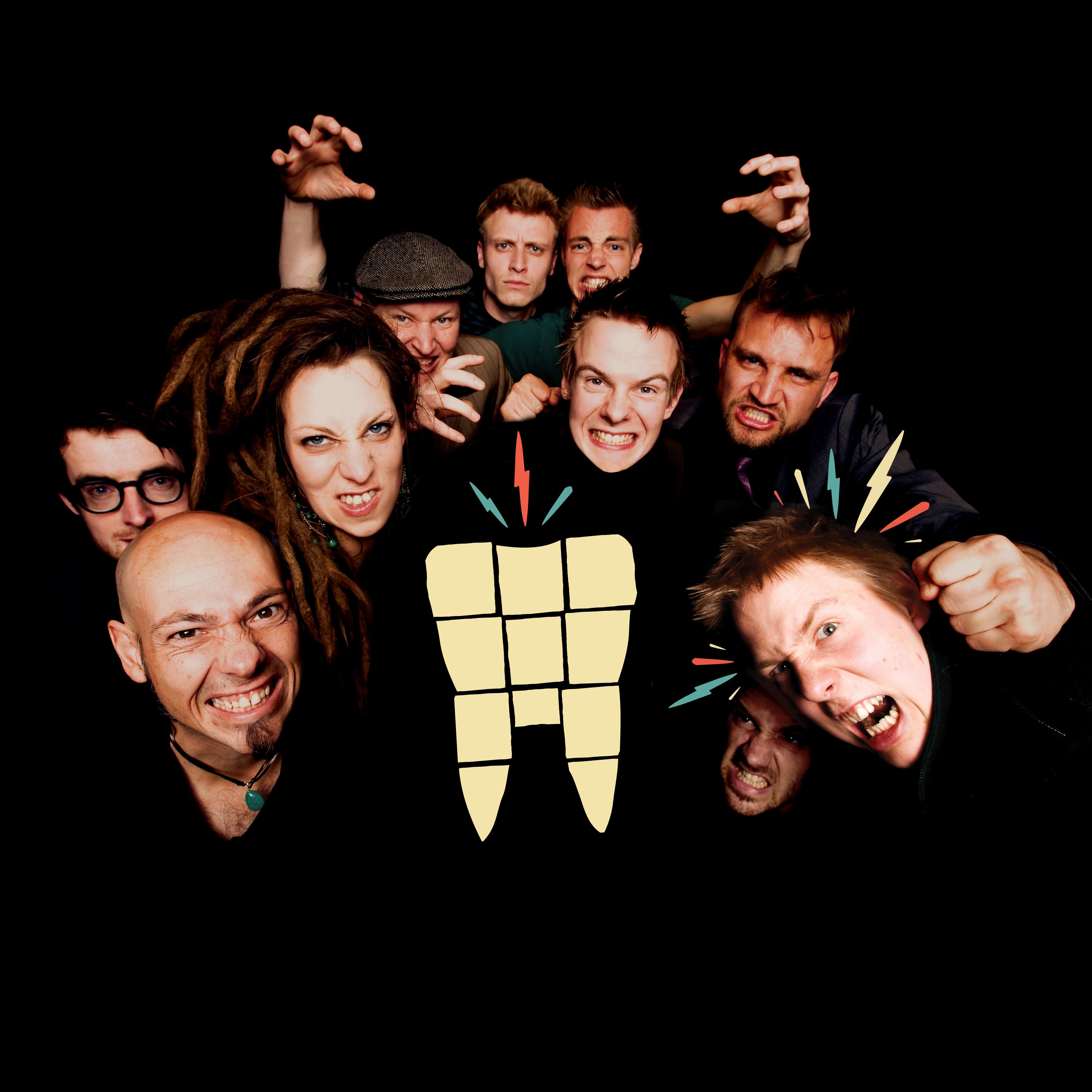 Anne-Maarten allways played in four bands at a time. Some achieved greatness, some never left the rehearsel studio and some go on with different musicians. All of them made good friends and long lasting memories.

The project Knarsetand combines reggae, ska, latin and klezmer music with dub step and drum ‘n bass. A wild ten piece band that is a real musical and live roller coaster ride. Anne-Maarten was asked to work out the original studio concept to the live band it became. Taking everything out of the computer and translating it to a live act was an exciting process and a lot of fun with a group of young and talented musicians. Hills played bass guitar, double bass and bass synthesizer during the first year of touring. Anne-Maarten also produced the band and was tour manager.

Jo’ Buddy is a rock ‘n roll singer and guitar player from Funland (as he calls it). Jo’ loves his juke joint blues duo’s so Anne-Maarten joined him on drums for a couple of gigs left and right. Allways a good time with a buddy!

Tony Vega is a blues singer and guitar player from Houston, Texas. Anne-Maarten did six tours as bass player for the Tony Vega Band. Playing bass guitar and double bass the band went all over Europe between 2004 and 2013. Tony is still going strong! This Video was shot at the first gig of a two week tour. On the way to Germany the band got stopped and searched by German customs. During this tour, the band van would be searched another six times…

Anne-Maarten Joined the punk band Kill City Rebel in 2001. This three piece with Egbert Joosten on drums and lead vocals and Bob Walter on guitar put out only one album in this line up, named ‘I don’t give a fuck’. This led to only a few, but most memorable gigs! 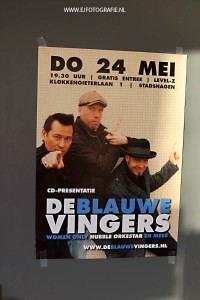 Sometimes you start something that grows a little out of proportion. That’s wat happened to the a cappella blues vocal trio De Blauwe Vingers with Tse Kao and Martijn van Toor. Singing on the streets and in the busses of the town of Zwolle, the band went from streetcorners to the main stage of the Freedom Festival Zolle, singing for fourty thousand people. The songs were musicly based on old work songs and the Dutch lyrics were about real people from the city.

The British singer guitar player Richard Studholme has come to Holland a couple of times, with the legendary Jim Leverton on bass, or Richard’s son Rob Studholme. Anne-Maarten would play drums in this line up, playing Rock ‘n roll, blues and soul songs.

The band the Captain is defenately one of the more interesting bands in the musical history of Anne-Maarten. This group formed by Henk Waninge was loosely inspired on the music by Captain Beefheart. But with it’s quirky lyrics there is also a resemblance to bands like the Talking Heads or the Bonzo Dog Doo Dah Band. The lyrics are in all languages and the music goes from rock and country to latin or african music. At the time with Wim Rietveld on guitar and Edmond Valentijn on drums.